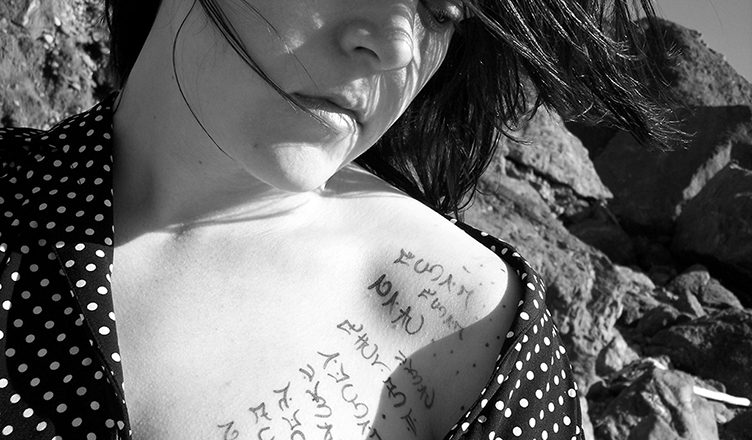 What leads a Berlin text practitioner and an American artist to a joint project?

The two artists met via an unusual path. Robert Krokowski saw Anjolie York’s self-portraits on an internet platform for photography. These photographs made him curious. He sent her five words from his “Script of Angels” created in 2000. Anjolie York began to work with them. She travelled across America with the words and a camera in her luggage. Many of the photographs taken on this trip show her working with the characters and words of the “Script of Angels”. They appear as “self-descriptions” on her body, in the sand, on paper. She sent these photographs to Robert Krokowski in Berlin. He read these photos and wrote texts about them, to which she in turn replied with photos.

Anjolie York / Robert Krokowski While Reading the Letter of an Angel