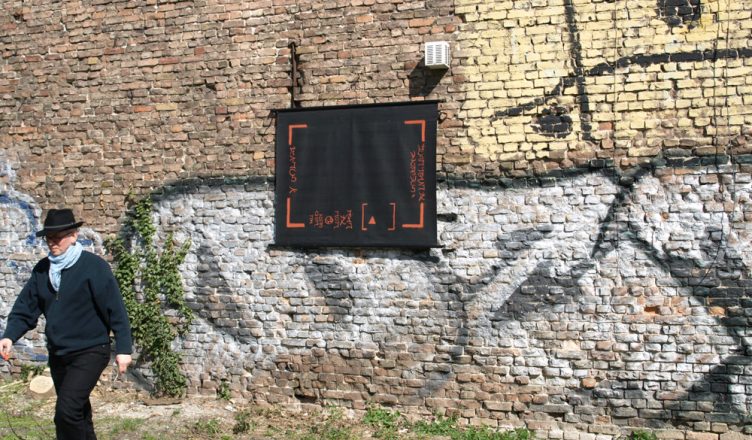 Secret messages from a conspiracy?

In Berlin, enigmatic red letters are increasingly being found on walls. However, it has not yet been possible to discover the origin of the unknown language and writing. The meanings of the messages and the intentions associated with them have also not yet been fathomed. This favours conspiracy theories and speculations about the signs as an encrypted code.

First findings of the investigative work on the mysterious signs of the so-called „Letters of Angels”.

Are the signs circulating in Berlin cause for concern? And: Who or what is behind them? Do the disappearances really have something to do with the appearance of the signs? Is there really no translation of the messages yet? Is something being concealed here on the part of the investigating authorities?
The lecture, at the invitation of the Salon der Sprachen, took place in December 2014 at the Kreativhaus, Berlin. It presented the first results of the investigation, questioned previous approaches to interpretation and formulated new hypotheses.

TraumZeit/ZeitRaum – a performance by Marlen Wagner …

… in the context of the lecture performance “The Berlin Letter Mysteries” by Robert Krokowski.
Observing dreams, exploring their spaces, measuring and materialising their time …

Secret messages of a conspiracy?

Anjolie York | Robert Krokowski: While Reading the Letter of an Angel