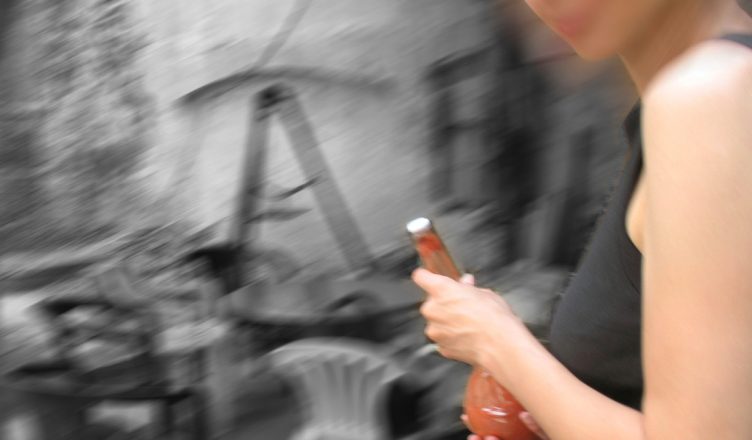 “Dream Prey”(Traumbeute) is a long-term project of the Fraktalwerk Project Space. It explores the entanglements between realities. The work on this project has been going on for many years with changing participants in different constellations. Some are working with each other continuously since the beginning, others periodically, still others take part in individual small sections of the project.

The project offers free play for personal threshold experiences and explores interfaces and interstices of artistic practices. And is it possible to do one’s “own thing” – and still “do things together”. In 2032 will be a workshop exhibition “Dream Prey”. The workshop will show current projects of the participants as installations, assemblages, performances, dance, readings, films and photos. In addition, results of the “Fraktalwerk in process” of the last 20 years will be exhibited.

To the project page traumbeute.de

The project site “traumbeute.de” is part of the Fraktalwerkstatt. It follows traces in the texts of the content-related and formal, thematic and organisational, theoretical and practical project work in progress.

The participants engage in borderline experiences, test themselves and the theme in ever new aesthetic spaces, which are commonly called theatre, film, dance, photography, performing arts, visual arts, literature, land art, urban art, Fluxus, performance, but without committing to a definition of their work. When asked if she had finally found her genre, one of the participants replied succinctly: “Why should I let myself be limited? Whatever works …

Photos and films, sound and scripture creations, installations and assemblages, dance sequences and performances are constantly reworked, combined and changed. These “snapshots” of the work in process also form the material for new variations or versions of the themes and motifs of the project.

One focus is on the results of one’s own work, being able to show them to others, publishing books, films, documentaries – the other is on the performative experiences of (joint) action. Doing something, whether together with others or alone for a section of the project, presupposes engagment with the subject. However, this does not always have to be done reflectively. In another context it was once said “form follows function”. When it comes to the body, body experience, dance and performance, it is perhaps more meaningful to use the body – with all the senses.

The theme of “immersion” shows that in art and society today it is difficult to keep realities apart and to understand their mutual interpenetration. “Immersion” in realities and emergence from realities is a popular theme in performing and visual arts, in films and in literature. Social and cultural, economic and political realities progressively bear witness to dreamlike and nightmarish fictionalisations. Once they have made themselves at home in such a bubble, however, its inhabitants tend to close themselves off from other realities and consider their own bubble to be the only true one.

Aesthetic experiences with the consequences for the dreamers and the dreamed, as a result of dreamwork, are a contribution to make sure what happens when fictions are realised and when the real is fictionalised. What happens when forgery is declared the original and fake becomes reality, when knowledge is absolutised as “THE science” and religious faith becomes “THE truth”? When scientists in religious zeal denounce each other as heretics and apostates?

In culture and art, science and religion, politics and economics, people have important experiences in addition to their views of reality and dreams, because they embody what they consider to be the only valid reality.

Often it is the aesthetic encounters with other bodies that enable borderline and threshold experiences with the foreign. And because aesthetic projects and art projects lead to the trace of the foreign in each individual, change becomes possible. Performative art as a process of permanent change is a practice that aims at the question of how societies can redeem what “THE society” cannot do.

The participants in the “Traumbeute” project explore aesthetic spaces of experience in their works. Can we succeed in countering the aestheticisation of politics, the omnipresent racism and sexism, the stupidity born of fear and ignorance? It is certainly worth a try, even several, and a possible failure is not a sufficient reason to refrain from doing so. “I have a dream” – a dream that changed the world.

This is also why “dream” and “dream prey” are the main theme of the project, the special threshold of experience and the exploration of its reality. Dream work and dream interpretation thus become part of aesthetic and cognitive reality testing.