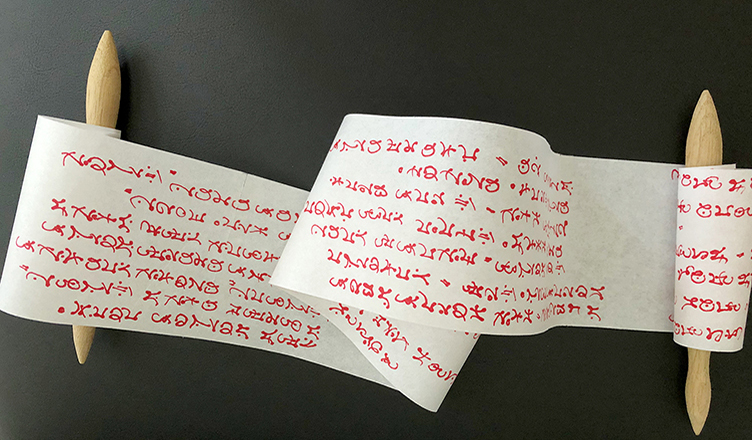 Many have already participated, have given words from the “Letters of Angels” their very personal meaning.

Now, in the second part of our project “Entangelments” from November 2022 on, we are putting “Scripture” at the centre of our work and compiling a glossary of the “Letters of Angels”. And all those who would like to participate are cordially invited to join in. We will describe the rules of the game in the month of November.

Thus, the “Letters of Angels” is at the same time the scripture of fantasy and poetry, the scripture of mystery and creativity. And thus, precisely because of its apparent incomprehensibility, it contributes in a wonderful way to understanding each other better.